skip to main | skip to sidebar

Playing behind the decks for 20 years has qualified Rhodes to become known as one of the hottest DJ/producers on our shores. Starting out playing early house and acid music at Idols in Johannesburg in the 80's, before moving to London and then resident at SA's top club, 330 in Durban until its untimely demise. Known for his flawless mixing skills and seamless selection has gained Warren the reputation of been technically one the best DJ's SA has yet to see. fans. More comfortable playing Tech-house, Rhodes has been known to conquer every genre known to ravers. He released a number of highly acclaimed songs as both writer and producer for Red Ant Records UK, under the names of "Ezulu", "Cybermen", "Hydraulix" and "Bones and Rhodes". He has played alongside the likes of Paul Oakenfold, John Digweed, Sasha, Dave Seaman, Ian Ossia, Nigel Dawson, Peace Division, Slacker and Pete Bones.
Discography
Nine releases on vinyl and CD for Red ant Records U.K Aka : Bones and Rhodes, Cyber men Hydraulix , Ezulu and The Producer. No catalogue details available as yet
Posted by fluffles at 10:53 AM No comments: 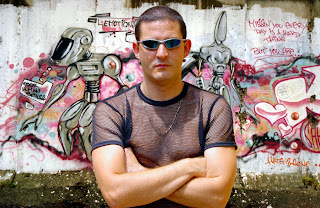 Durban's new kid on the block has been wowing the crowds since his debut at The Glitter pit a year ago. He moved on to bigger things when he was awarded a coveted residency at the legendary 330's in Durban. He already has a growing legion of supporters who bask in his fun-filled interaction with the dance floor as he belts out his brand of uplifting dance. He was recently invited as the feature DJ at The Pink Loerie Festival in Knysna.
Discography
Although Marc has no official releases but there are a couple of rare demo's out there. Demo's to look out for are: On The Marc Volume 1, On The Marc Volume 2, 330 Happy Birthday, Spunk Toons Volume 1 & Wanna Cum?
Contact details: marc@i-ballmedia.com
Posted by fluffles at 10:43 AM No comments:

The master of South African hard house has seen Sam tour both nationally and internationally. Best know for his banging 6am set at Durban's legendary 330's where he lashed faithful hard house worshippers until they dropped. International conquests saw him tour Spain with Sasha & Digweed, The Orb and K-Klass. He undertook two British tours for the famous 330 Touchdown tours and played at The Frantic 4th Birthday bash at Camden Place. 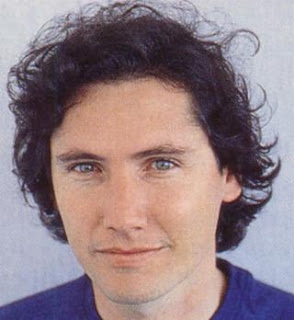 Undeniably one of South Africa's finest DJ's. Started off as the breakfast show presenter on Capital Radio 604. Resident at South Africa's longest running club 330 in Durban for a staggering 18 years. No party can be called a party without McHale behind the decks as he takes the dance floor from a party to a frenzy, with an eclectic mix of uplifting tracks designed to take the floor to another level. He has toured with Paul Oakenfold, Carl Cox, Tiesto and Stephane K.
Discography
1. DJSA - Volume 3
(Sheer Records SMCD 028)
2. 330 Point Blank Clubbing Volume 1
(Sheer Dance SMCD003)
3. Y3K - Millenium
(Label details & catalogue number unavailable)
Contact details: martin@330.co.za